Read more about how to change a contract in this section.

Written by Laura Nowee
Updated over a week ago

During the term of the contract, the contract may always be changed in consultation with the grower. However, both parties must agree to the change. If the parties differ the previously established rules of the contract apply.

On this page we explain the following topics:

Go to Agreements > Contracts on the left in the Floriday menu. Find the contract you want to correct here. Click on the 3 dots on the right side of the screen of the correct contract. Select the following option at the 3 dots: Creating a new version. 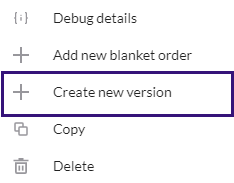 A contract can only be changed when a grower has approved it. If the first version has not yet been approved or there is already a version awaiting the response, the option to create a new version is not available.

A screen will now appear in which you can edit all data entered for the current contract. This concerns the contract data, such as the title, currency and delivery, the trade items, the planning and the pricing.

When you have entered all the changes, you can immediately save and finalise the contract, or leave it as a draft.

After you have clicked on Save and Finish, you will see the screen below. Here you can state the reason why you want to change the contract. 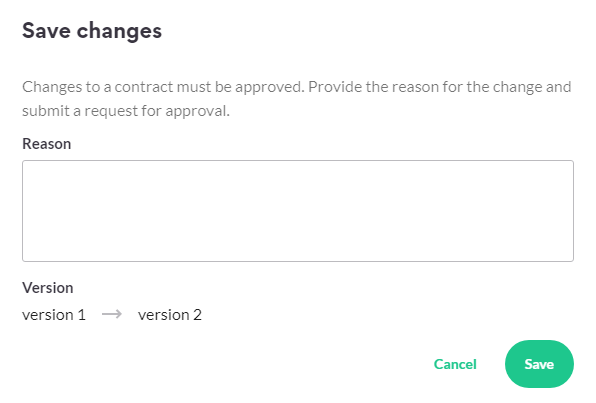 Click on Save to submit version 2 of the contract to the grower for approval.

Version 1 will continue to apply until the grower has approved the change. Version 1 of the contract can be found under concluded contracts.

With version 2 the status will be: Waiting for the supplier response.

When the grower has accepted the changes, version 1 is automatically replaced by version 2.

Responding to a request to change the contract

When the grower wants to make a change to the contract, you will see a notification in the dashboard that there are contracts pending a response. Until you accept the new version, the old version remains valid.

Go to Agreements > Contracts on the left in the Floriday menu. Search here for the contract to which the grower has made a change.

Click on this line to see what the change entails. 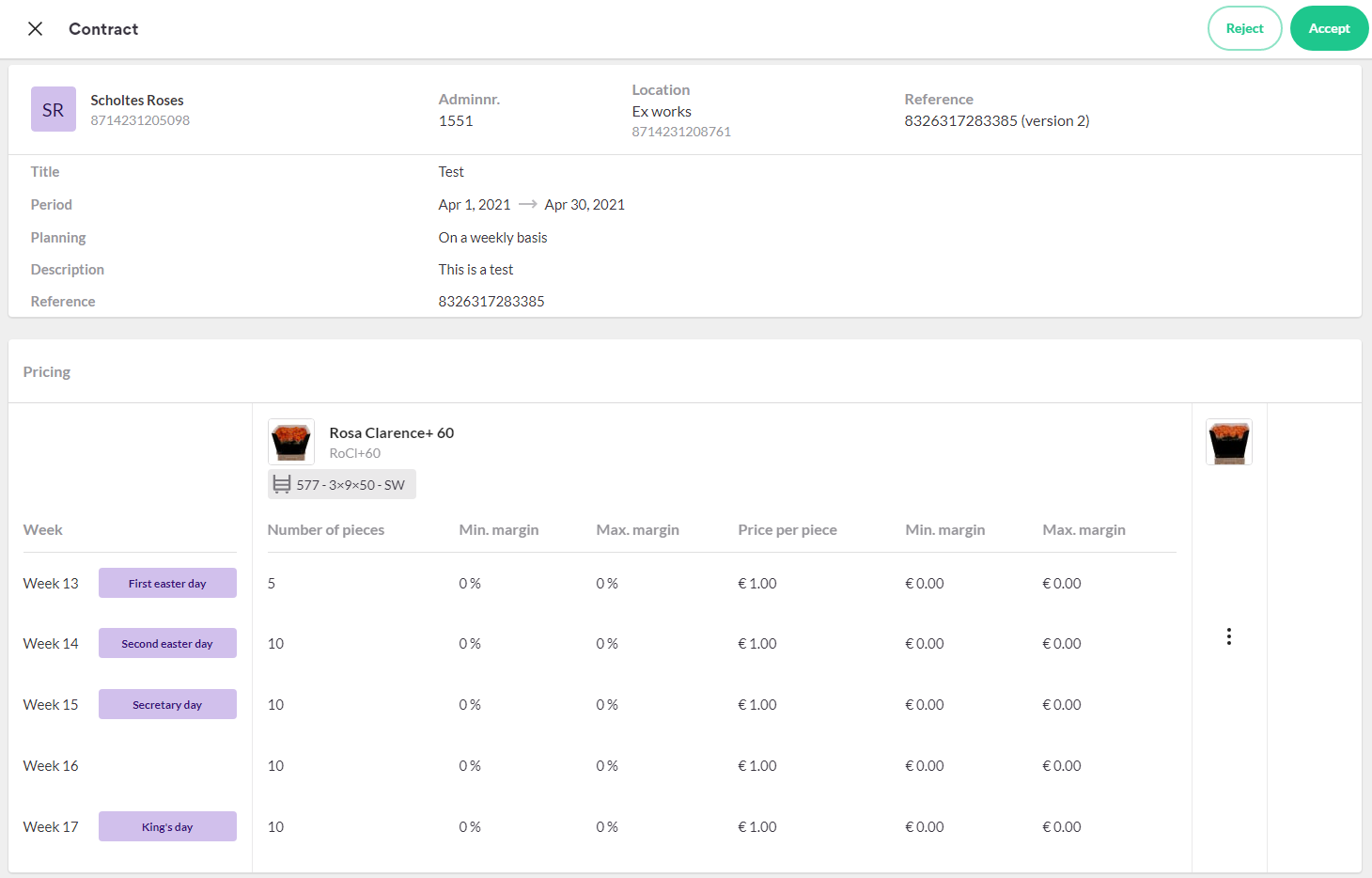 After checking the contract you can refuse or accept the change. By refusing, the old version will remain valid, by accepting the newly set data will apply.

You can then initiate standing orders based on the contracts.

Read more about standing orders
Did this answer your question?